Welcome and thanks for visiting ExTech Ventures. I hope you reach out and allow us to accelerate the process of creating and launching your vision.

• I was introduced to bitcoin in early 2011 and since then I’ve worked with or consulted many of the most important companies in the industry. I’ve also started multiple blockchain companies, spoken at events across the country, organized a blockchain meetup group, and attended the 2015 Blockchain Summit on Richard Branson’s Necker Island.

• In 2016 I founded an organization called Experiential VR where I demoed cutting edge technologies and experiences to thousands of people at events around the country. A year after launching the company I organized and ran a special VR project that was presented at Peter Diamandis’ A360 event.

• Futurism is an obsession for me so I spend an absurd amount of time studying the works of futurists like Peter Diamandis, Ray Kurzweil, Stewart Brand, and Kevin Kelly.

• I host the “Way of the Futurist” podcast where I explore our emergent future with leading entrepreneurs, investors, hustlers, and innovators to provide listeners with the tips, tricks, and tools to begin thinking and acting like futurists.

• I’m fascinated with behavioral economics and the concept of usable psychology.

• I’ve lived in the Dominican Republic, Puerto Rico, 3 states and 16 cities in the past 20 years and now reside in Utah. 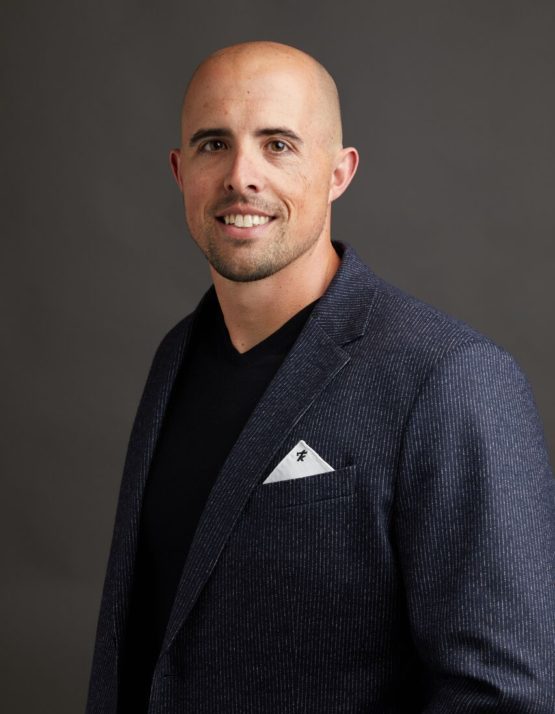 To inspire, educate and empower individuals and businesses to become exponentially more valuable to the world by leveraging emerging technologies.

It’s been said that viewing the earth from space shows no borders. Exponential technologies are helping to erase the artificial borders we now live by. As we take advantage of these technologies to connect with and empower differing people, we will begin to create a more compassionate and caring world. Borders will disappear and we will work together to solve the world’s greatest challenges.

“Brian is a big picture thinker, networker extrordinaire, skilled facilitator and king of collaboration who masterfully builds relationships with and between those who are making a difference in the world. Everybody looking to be connected should have a Brian in their life.”

“Whenever I need to get up to speed on an emerging technology, I go talk with Brian.”

“Brian Nelson is one of the most exemplary people that I know. He uniquely combines an amazing understanding of technology and the ability to communicate clearly with an integrity and ethics that are rare in my experience. He is a true disruptor and cares about people intensely. He is just as comfortable hanging out with billionaires as he is hanging out with homeless people or being in front of a large crowd. He has great passion for helping everyone to reach their highest potential and I am honored to have worked with him on projects to move those goals forward.”

“Brian is much more than an “entrepreneur”. He is a technology creator and a leader. He has his finger on the pulse of emerging and game-changing technology trends. He has a special ability to identify and create opportunities too. When I need consultation on business and technology initiatives, Brian is my #1 resource. He understands how people & technology come together and has an energy that inspires and motivates others to action.”

“When I entered the blockchain industry with a new Bitcoin technology, Brian was the only guy that knew how to help me REALLY understand what it was all about. Not only did he have a simplistic way of explaining an insanely complex industry, he also knew almost every major player in the industry and was happy to connect me to them. As I’ve spent more time with Brian, it turns out he knows a lot about a number of disruptive technologies and has now become one of the few people I call on when I’m exploring investments in new tech sectors.”

“Brian has a way of being on the bleeding edge of emerging technologies and has a definite gift for both creating opportunities and connecting the right people to make them happen.”

“Brian is one of the sharpest technology experts I know. He has the ability to assimilate knowledge on emerging technologies and put it into a concise framework that is easy-to- understand for Luddites as well as power users. Like many other business people who need to keep up with technology, I rely on Brian for explaining trends and vetting opportunities.”

“Brian is a very smart entrepreneur and connector. He combines the confident creativity of a startup owner with the collaborative personality of a team player. He sees that the future of techno-business is as much a function of leadership as scientific advances, and he passionately aims to connect leaders in business, science and politics to extract the best from technology.”

“The strongest recommendation I can give Brian is this: I tell anyone who is looking for a concise explanation of complex technology, particularly in the data industry to speak to Brian first. He has a natural talent for condensing pertinent information into digestible points that can be shared, repeated, and retained. He is a true expert and a gifted teacher.”

“Bitcoin is a revolutionary technology and Brian is a great advocate. He’s always willing to make strategic introductions to help Gyft continue to be the best place to spend Bitcoins.”

BOOK ME TO SPEAK AT YOUR NEXT EVENT

Way of the Futurist: How to thrive during a technological revolution

Technological innovation is necessary for the survival of mankind, but many people will suffer in the short-term as we figure out how to function in an exponential technology driven world. If we hope to insulate ourselves from this suffering, it is critical that we prepare for the future with a solid strategy. By understanding the mindset and process of taking action employed by leading futurists combined with an understanding of the emerging technologies poised to disrupt our lives, we’ll more quickly find our unique value proposition and be in a position to capitalize on high value opportunities. I share my personal path to becoming a Futurist along with my process for learning about and leveraging emerging technologies to not only withstand the disruption of technological innovation, but to thrive in the exponential technology driven world of the future.

The New Equation of Value: How individuals can leverage emerging technologies to become exponentially more valuable

What was once saved for Sci-Fi thrillers, is now becoming part of our everyday lives. Technologies such as virtual reality, 3d printing, the blockchain, artificial intelligence, robotics and many others are quickly changing how we create things, interact with each other, learn, work and live. It is critical that we prepare for a future in which technology plays an ever increasing role. In this presentation I blow minds with stories of technological innovation that helps audience members realize just how far technology has advanced. I then provide an action plan to help audience members begin to leverage emerging technologies on their way to becoming exponentially more valuable to their companies, communities and the world.

The Future of Work: Technology's impact on how we work

In the past decade we have experienced an emergence of disruptive technologies and companies that are shifting the job market. Companies like Uber and Airbnb have led the way in the Sharing Economy. Others, like Freelancer and Elance have paved the way for the Gig Economy, while platforms like Kickstarter, Indiegogo and Ethereum have revolutionized how entrepreneurs raise money and bring products to market. And more recently, the technology behind Bitcoin (blockchain) has created a movement towards decentralization. Together we explore the trends and technologies disrupting the work place. Audience members will learn how to position their companies to take advantage of the shifting tides to gain market share and become more valuable to shareholders and customers.

What’s your ExTech strategy? Exponential technologies are disrupting every industry. The world is experiencing a major economic shift that will rapidly advance with the ongoing convergence of exponential technologies. The organizations that seek to understand these technologies and find a way to leverage them to enhance their business will come out ahead. Explore the future with me and together we’ll create an ExTech strategy to catapult your company above the competition. Lets talk.

HIRE ME FOR EXTECH INTELLIGENCE

LETS EXPLORE THE FUTURE TOGETHER